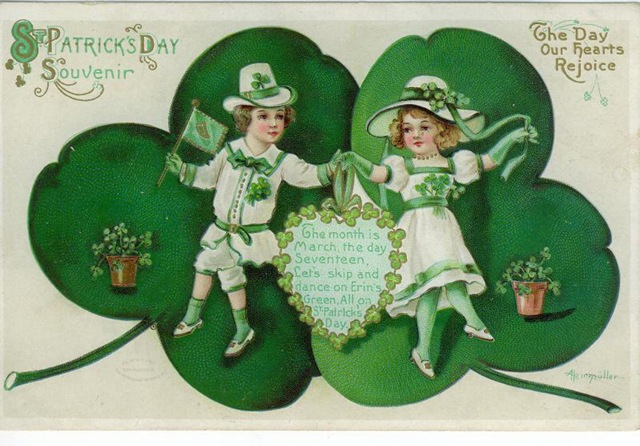 Have you ever heard of Grape-Nuts ice cream? Supposedly, it was invented in 1919 by a chef at The Palms Restaurant in Nova Scotia. She had run out of fruit to add to her ice cream, so decided to throw in some cereal. It became a hit. In the U.S. you can rarely find it outside New England and the Shenandoah Valley, although there's a rumor it was found at a Mister Softee truck in Flatbush. Believe it or not, while it's never eaten as a cereal there, it's an extremely popular ice cream flavor in Jamaica.

So why do I bring all this up? David Lebovitz's brown bread ice cream recipe kind of reminded me of it, but you'll not find any Grape-Nuts here. The brown bread used in this recipe is actually a version of Irish soda bread, but crumbled and sweetened up, resulting in tasty little morsels. The ice cream base has Irish whiskey in it and another ingredient I really liked: brown sugar. It gave the ice cream a marvelous caramel flavor and then, when you add the brown bread nuggets, you have a nice crunch. The nuggets soften slightly while in ice cream suspension, but they're still in every mouthful. Just to make sure, I garnished the ice cream with some of those yummy bits I had left over.

David Lebovitz adapted the brown bread crumb recipe from Tartine Bread by Chad Robertson. If you don't want to make brown bread from scratch, you can use crumbly whole grain bread, country style bread, leftover bran muffins, or even gingerbread. I used a canned brown bread (quelle horreur), but it turned out beautifully. 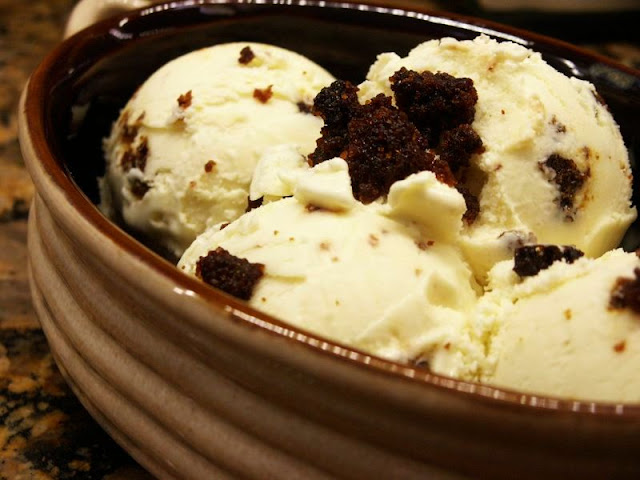 Method for bread crumbs:
Preheat the oven to 350ºF (180ºC).
Crumble the bread, the largest should be no bigger than a kernel of corn.
In a skillet, heat the butter until it melts, then continue to cook until it starts to brown. Remove from heat and stir in the bread bits, 1/2 cup (100g) sugar, cinnamon, and salt.
Spread on the baking sheet and cook for 20 to 30 minutes, stirring a few times during baking, until the bread bits are well-toasted; a deep, dark brown. Cool completely then store in an air-tight container until ready to use. (They can be made a few days in advance and stored at room temperature.)
Personal  note: I found the bread crumbs stuck together in large clumps after baking and had to break them up when they cooled off. (I used a plastic bag and a rolling pin.)

Method for the ice cream:
Heat the milk, 1/2 cup of heavy cream, sugar and salt in a saucepan. Pour the remaining 1 cup cream into a medium-sized bowl along with the sour cream. Beat with a whisk until smooth. Set a mesh strainer over the top.
In a separate bowl, stir together the egg yolks. Gradually pour some of the warm milk mixture into the yolks, whisking constantly. Scrape the warmed yolks and milk back into the saucepan. Cook over low heat, stirring constantly until the custard thickens and coats the back of a wooden spoon.
Strain the custard into the heavy cream and sour cream and stir until smooth. Stir in the vanilla and whiskey, if using.

Refrigerate overnight, then freeze in your ice cream maker according to the manufacturer’s instructions. Once churned, quickly fold in about two-thirds of the brown bread crumbs, or to taste, then store the ice cream in the freezer until firm and ready to serve.