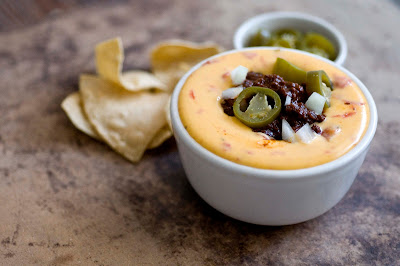 When I started researching the history of chile con queso for my new book, periodicals and books revealed it had been a popular dish at the Johnson White House in the 1960s. That made sense, as President Johnson and his wife Lady Bird were both Texans who knew queso was a must at any gathering.

Most guests were receptive to the dish, but the White House’s French head chef René Verdon hated it. In fact, he loathed chile con queso so much that he derisively referred to it as “chile con-crete.” When I first heard what he said, I laughed as I could imagine a person with a French accent and a sneer looking at a slow cooker burbling with queso and uttering that phrase. But the more I thought about it, the more I decided that clearly the chef had not tasted the queso because if he had I know he would have changed his mind.

Indeed, when I first moved to New York and would make queso for my friends, the Texans would of course make a beeline to the pot but the non-Texans would make faces and say, “What’s that?” When I’d explain to them what it was and how it was made, they’d be even more snobby about the dish. But I always encouraged them to take one bite. And after they dipped that first tortilla chip into the pot they’d marvel over how creamy and delicious queso can be. 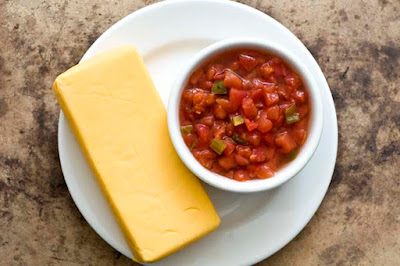 The Johnson family was proud of their state’s culinary heritage and Mrs. Johnson often shared with the press the recipes that came from the kitchen of the family’s personal chef, Zephyr Wright. Most were classics that would look familiar to any Texan, but strangely enough, the first queso recipe she gave called for aged cheddar.
Read more »