I posted on Monday the difficulty I had trying to make a Coconut Cream Pie on Saturday. It was quite a day, but the end result (with the second attempt) was well worth all of the trouble I had. In case you missed that post you can check it out  here.

In the post I mention a chocolate pie that I also made that was a chocolate lover's delight. It was super easy and just may be my favorite. A couple of the guys said they only wanted to eat the coconut cream pie so that meant I had two pieces left to enjoy later. I had once piece of the coconut cream pie leftover and ate it Sunday. It was Monday before I ate one of the pieces of the chocolate pie. I couldn't believe how different it tasted. It was so much richer and fudgy tasting and reminded me of a piece of chocolate pie I recently ate at a cafe in St. Joseph.

The recipe was contributed by Nancy Brown and originally published in Historic Lexington Cooks; Rockbridge Regional Recipes; Historic Lexington Foundation; Lexington, Virginia. It had been chosen for the 1992 Hometown Collection America's Best Recipes.  Even though I often make some changes in recipes, I really intended to follow this one as it was written. As it was, though, I had to make some changes afterall. The recipe called for 2 (1-ounce) squares unsweetened chocolate and I had semi-sweet and bittersweet and German Chocolate. I didn't really want to go to the store and picked up my canister of Hershey's Cocoa Special Dark 100% cacao. On the back it gave instructions for substituting it for squares. Three tablespoons + 1 tablespoon shortening or oil equaled a 1-ounce square. I wasn't sure if I should add the shortening since I was melting the squares with butter, and called Friend Janice to ask her opinion. (She gave me such worthwhile advice about what to do with my pie crust for the coconut cream pie had bubbled up as it baked - just mash it down after it cooled and no one would know that it broke up into pieces when they ate the pie. Yeah, right! ?) Well, she recommended just omitting the shortening, but I had 2 tablespoons of butter, so I just added extra butter. I don't know if my substitution made a difference or not, but I will probably do the same thing the next time I make it.

Cllick here for a printable version of just the recipe. 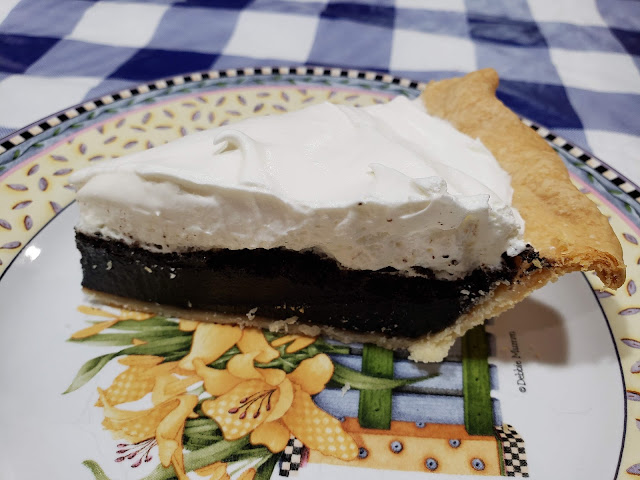 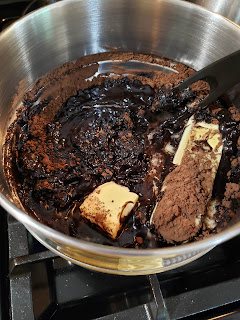 Combine butter and chocolate in top of a double boiler; bring water to a boil. 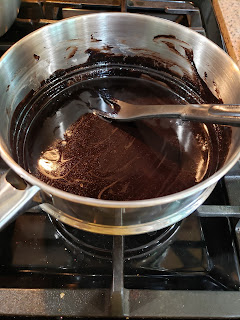 Reduce heat to low and cook until chocolate and butter melts, stirring occasionally. Set aside. 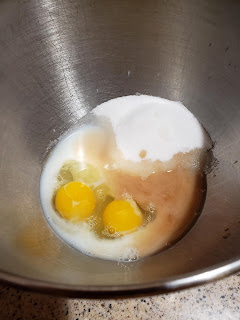 Combine the eggs, sugar, milk, and vanilla in a large mixing bowl and 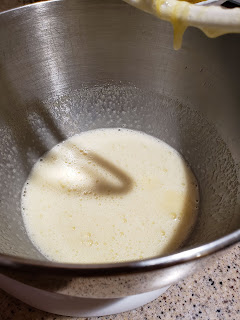 beat at medium speed for 3 to 4 minutes. 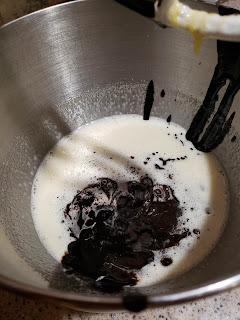 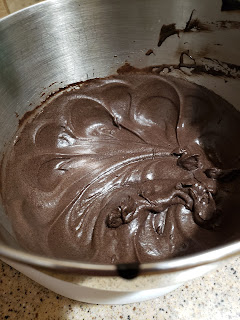 (I beat it for several minutes until it was nice and thick.) 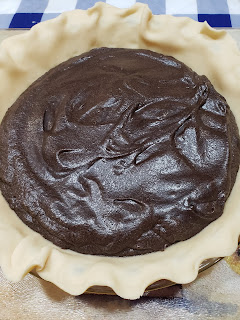 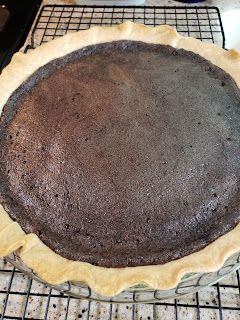 Bake in a preheated 350 degrees F. oven for 35 to 40 minutes or until set. (I baked mine about 37 minutes.) Let cool completely on wire rack. 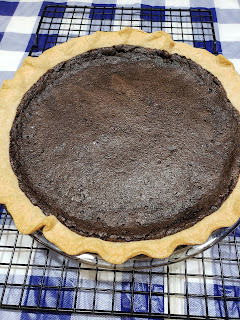 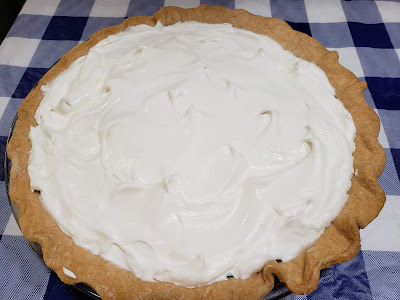 Store in refrigerator until ready to serve. Better the second day. Would recommend making the pie the day before you plan to serve it.