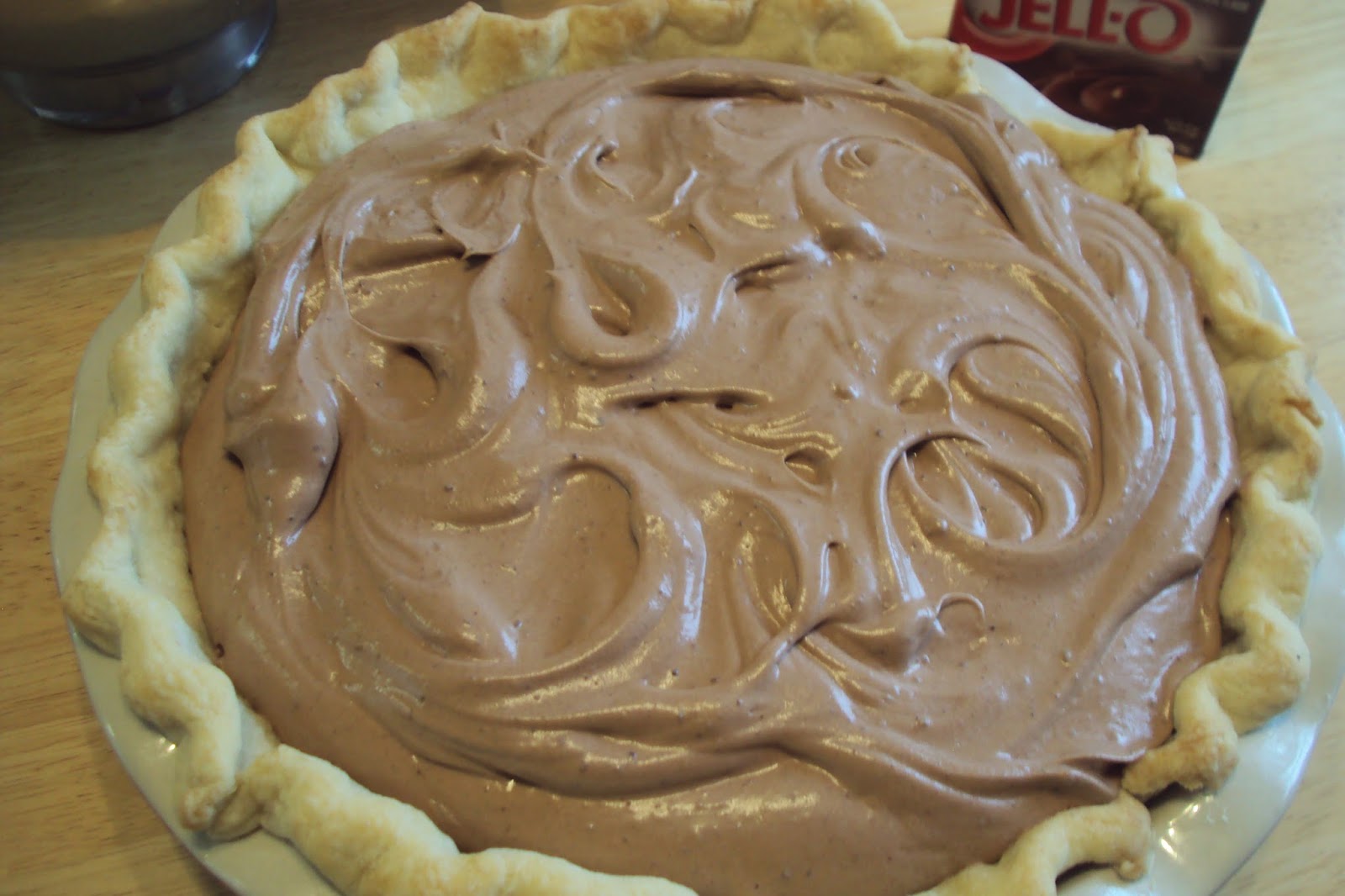 Yes, I can make a BETTER homemade pie but my stinkin' kids like this one best!!!!

It must be the chemical aftertaste, but no matter... it's a favorite here and I've got to share because we did carrot cake and chocolate cream pie for Dave's birthday....

So here's the simplistic and family favorite Dream Pie: 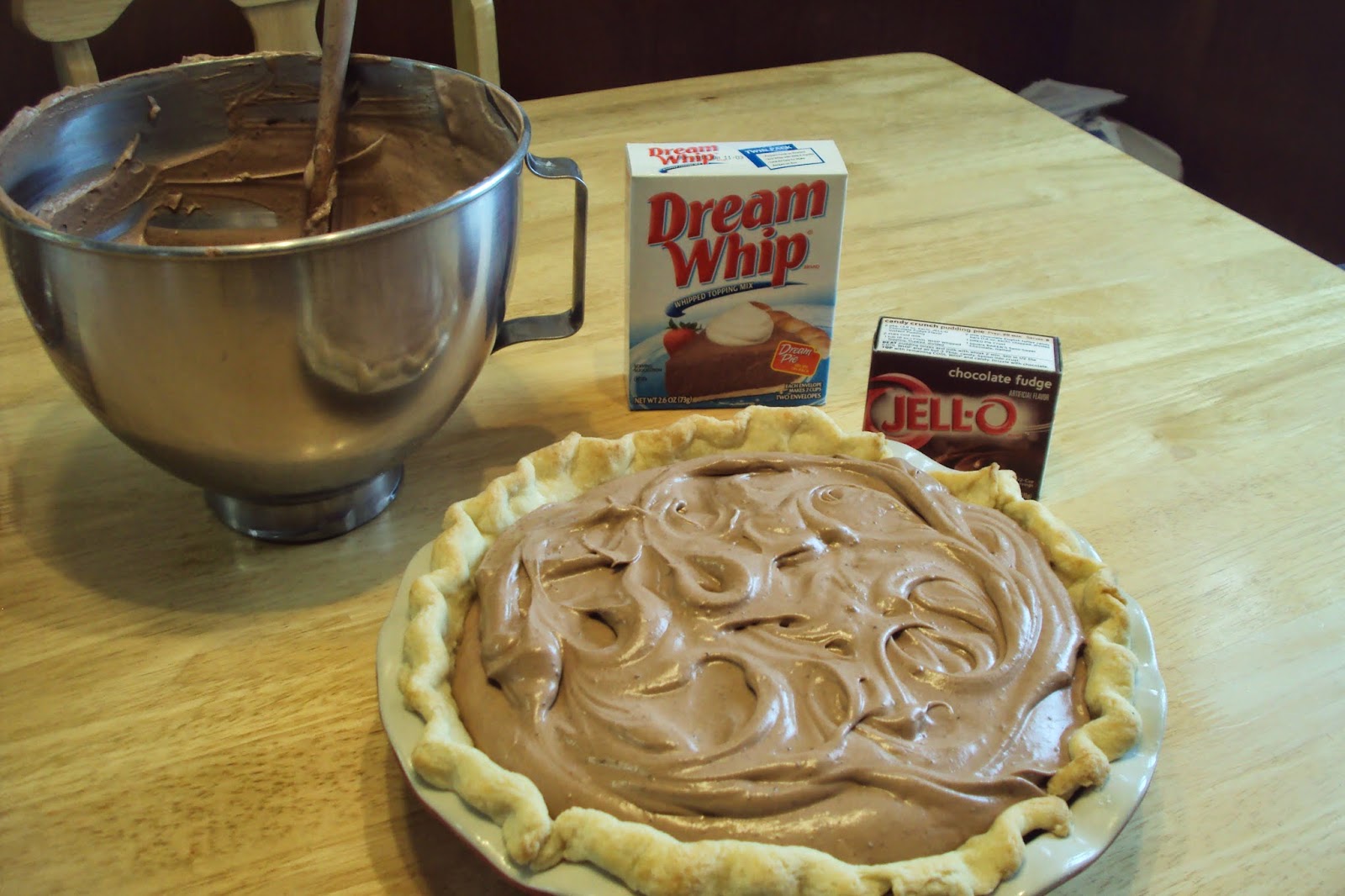 2 pks. Instant pudding, any flavor (if you use something other than chocolate we'll LAUGH at you, but you are supposed to be able to use any flavor. I wouldn't know because I wouldn't dare...)
1 box Dream Whip
2 3/4 cups milk
1 teaspoon vanilla

Make Dream Whip according to package directions. Add pudding mix and the remaining 1 3/4 cup of milk. Blend on low until mixed, then mix on high for two minutes.

Pour into baked pie shell or cookie crust and chill.

That's the sum total and I cannot tell you how quickly Dave's children and grandchildren jumped into that pie. I'd made extra filling by using a large box of pudding and an extra envelope of Dream Whip and adjusting the milk..... and filled 7 little cute plastic cups.... Like this: 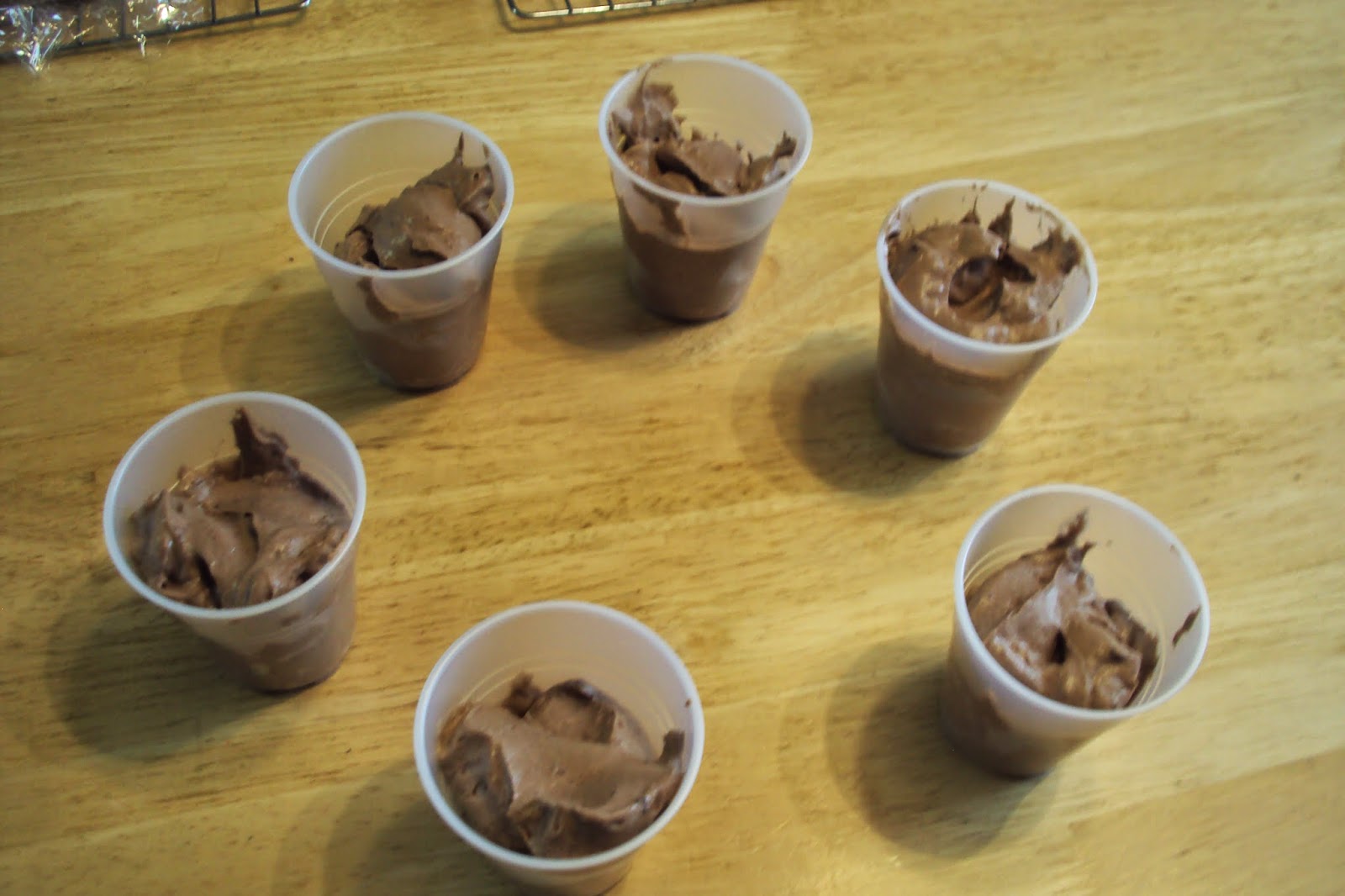 I don't believe the kids ever SAW THEM. I think their parents wolfed them down while we kept the children chained to Elsa and Ana's fate in FROZEN.....

While March Madness basketball played in the living room with Dave and his guys hunkered around, watching for who would win....

And with Michigan's win, Dave won our little gambling party pool two weeks before the final game because the rest of us chose poorly....

But it was  his birthday so we acted nice about it.

I might have mentioned how I was going to buy some cute shoes if I won....