The Revolutionary War and War of 1812 veteran's home has been vacant and has been on the Howard County top ten endangered sites.  It is hidden behind a subdivision at 7912 Guilford Road, Savage.  The house was sold at auction last month. The famed naval officer was born in Baltimore and went to sea at age 12.  During the War of 1812 he was assigned to protect the Chesapeake area, and he devised a fleet of shallow draft barges.

Born in Baltimore in 1759, his family moved when he was very young to family property on Bear Creek on Patapsco Neck near John Eager Howard & Ridgely lands, and where the battle of North Point, 1814 took place.  When 10 years old he quit school, but worked at store then counting house before allowed to ‘go to sea’ at age 12. In 1772 one of his younger 13 siblings shot their father by accident.

NavyBarney joined the Navy at 17 to fight during the Revolutionary War, was captured three times, paroled once and escaped twice (once from Plymouth, England).  His ship “Hyder Ally” captured a larger vessel, the "General Monk" at the Battle of Delaware Bay. After the war, he joined the French Navy from 1796-1802.

War of 1812Barney devised a plan to protect the Chesapeake bay area with barges.  When ordered to scuttle his fleet of gunboats in 1814, he led his sailors and marines to Bladensburg where they fought well, but the British won and went down to Washington to burn the White House and other buildings.  Barney was shot and the bullet was only removed upon his death four years later.
“I am therefore of opinion the only defense we have in our power, is a Kind of Barge or Row-galley, so constructed, as to draw a small draft of water, to carry Oars, light sails, and One heavy long gun” July 4, 1813.[Heroes] 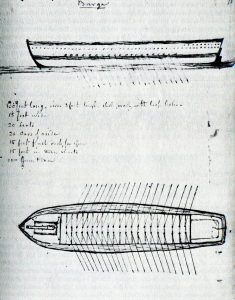 “The bullet which finally caused the death [in 1818] of Commodore Barney was never extracted during his lifetime. In obedience to his orders, it was sought for after his death, and found.  It is preserved in a disc of brass, with an inscription, in the archives of the Navy Department at Washington City. The annexed engraving is a representation, the exact size, of the bullet, the disc, and the inscription.” [Lossing]

HouseShortly after his first wife Anne died in 1808, Barney married Harriet Coale (1787-1849Ky).  Her father, Thomas Coale, bought 300 acres “containing the dwelling plantation” for 351 pounds in 1789 from the son and widow of Charles Greenberry Ridgely Sr. (who had inherited the land in 1749 and died 1784).  Coale did not repay a loan to Mr. Nathan who went after him and his heirs from 1789 until 1811. Then Barney, who had married an heir in 1809, bought the house using some funds borrowed from his son-in-law Nathaniel Williams, a lawyer and the US Attorney for Maryland (1824-41) who with his brothers started the Savage Mill in 1810.  In late 1818 Barney died in Pittsburgh while going to settle in Kentucky with his second wife and their young children.

Williams sold the house in 1843.  In the 1940s it was enlarged twice, with its first electricity, pluming, heat and hot running water and became a boys academy, Elmwood Manor, then apartments, and lastly a bed and breakfast from 2000 until two years ago, when unable to sell and now vacant.

Preservation Howard County’s Top 10 Endangered sites 2016:
One of the 39 National Historic Registered properties in Howard County.  It was saved from financial neglect in 1809 by Joshua Barney with his marriage to the widow Coale and served as his home until his death in 1813.  Later it served as the Elmwood Manor School.  The house has had excellent preservation care over the years as a bed and breakfast but unfortunately the property recently has been taken off the market and is in foreclosure.  Every day the property sits vacant, the more at-risk the house becomes as it deteriorates from water damage, mold and many other potential hazards of decline.  There is interest of a concerned citizen to open a health and wellness center in the building. Hopefully, community and others will rally to give this beautifully vacant Historical home a new lease on life.


A Sketch of the Military Topography of Baltimore and its Vicinity and of Patapsco Neck to North Point, 1814.  National Archives at College Park
©2017 Patricia Bixler Reber
Forgotten history of Ellicott City & Howard County MD