I love to make jams and preserves, but I had never made apple butter...until now.  (I almost forgot I made some natural pear butter last year with some of the pears from our pear tree.)

Anyway, Friend Sue has a Wealthy apple tree.  I had never heard of this variety. She told me it was an old variety, and they had a bumper crop this year.  When we all left her house after an afternoon of canasta, she had two bushel baskets of apples at the door for us to "take what we wanted".  Earlier when she was telling our table about them, she said they were a cooking apple not an eating apple.  So I asked her what did they make good and both Sue and Carol said, "Apple Butter".  That's how I ended up with the recipe.

The recipe was Carol's but I don't know where she got it. 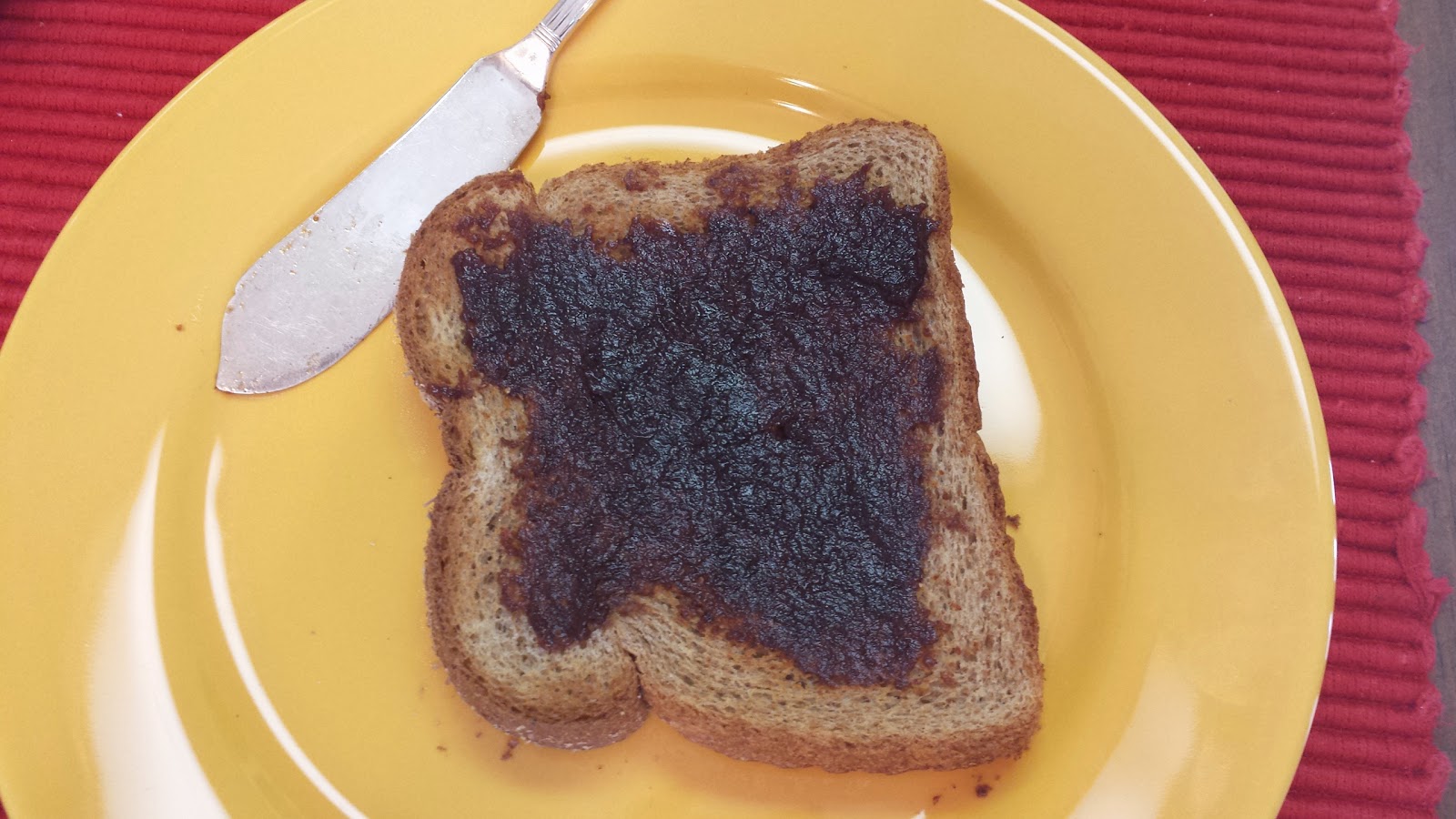 Here is my quick and easy way to prepare the apples. 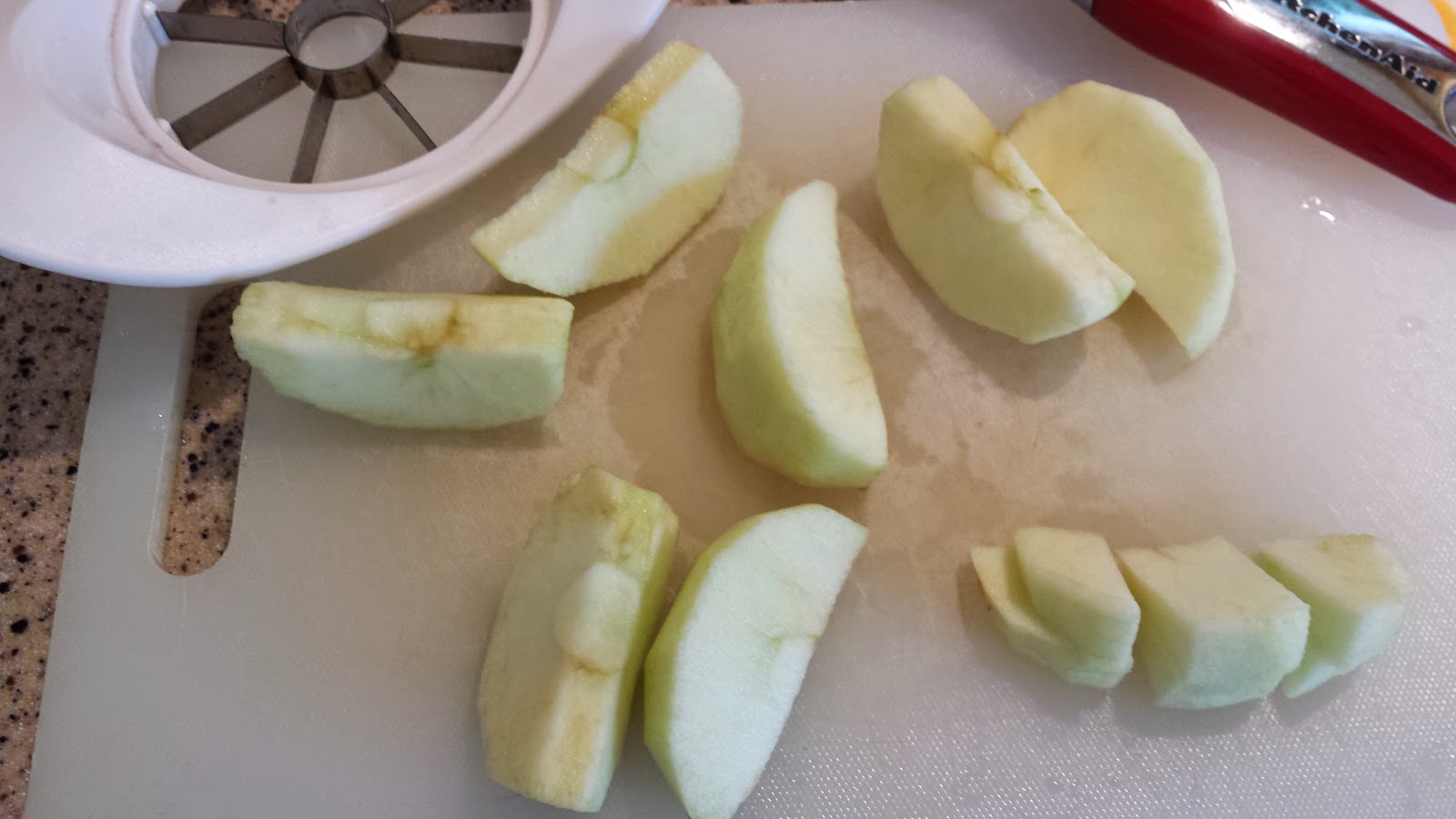 Peel the apples, then core them using an apple corer.  Take each wedge and cut it in half for chunks or twice for diced. Then keeping the pieces together, lay the wedge down and cut into thirds for chunks or close for diced. 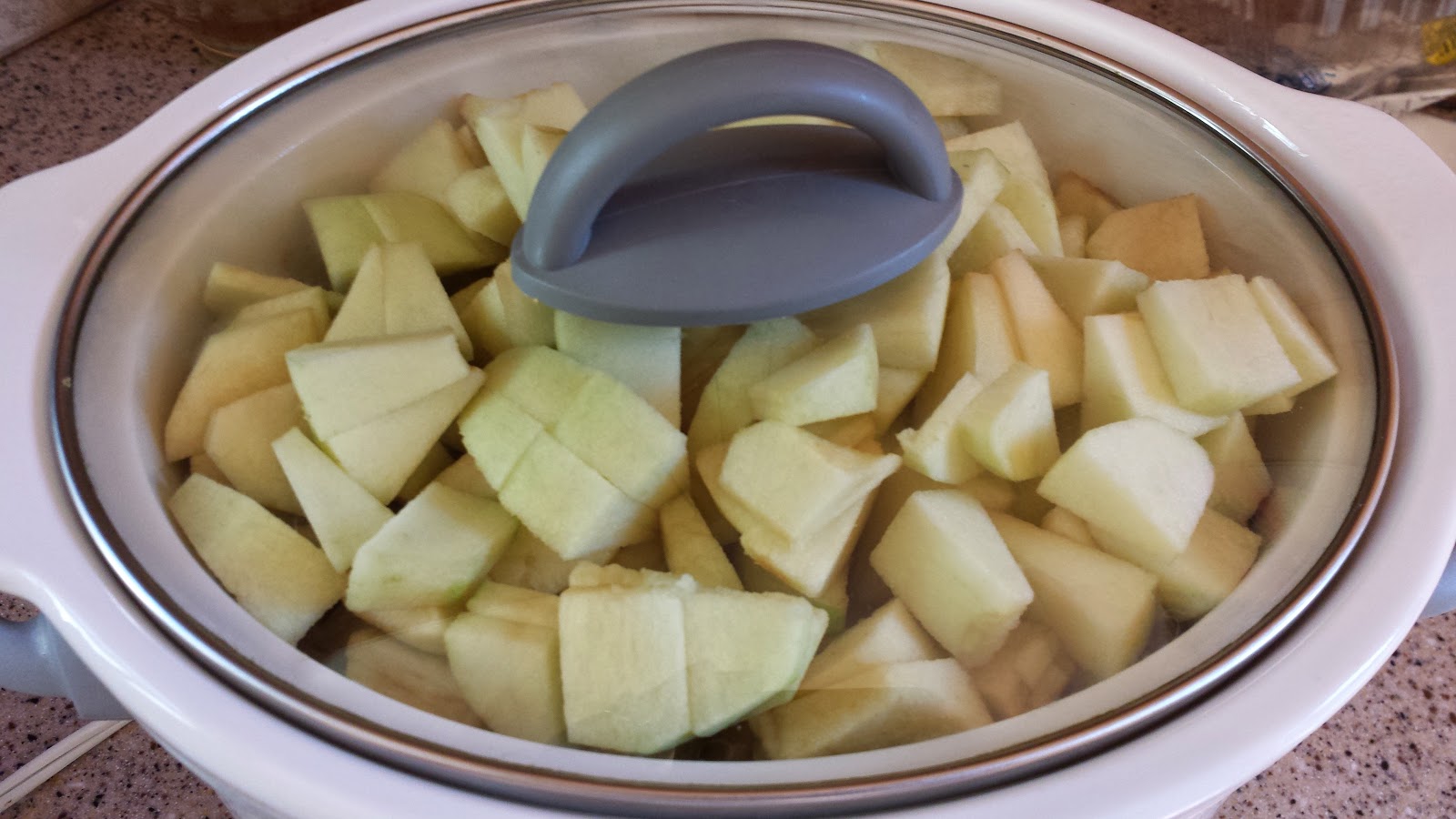 Fill a crock pot with apples. 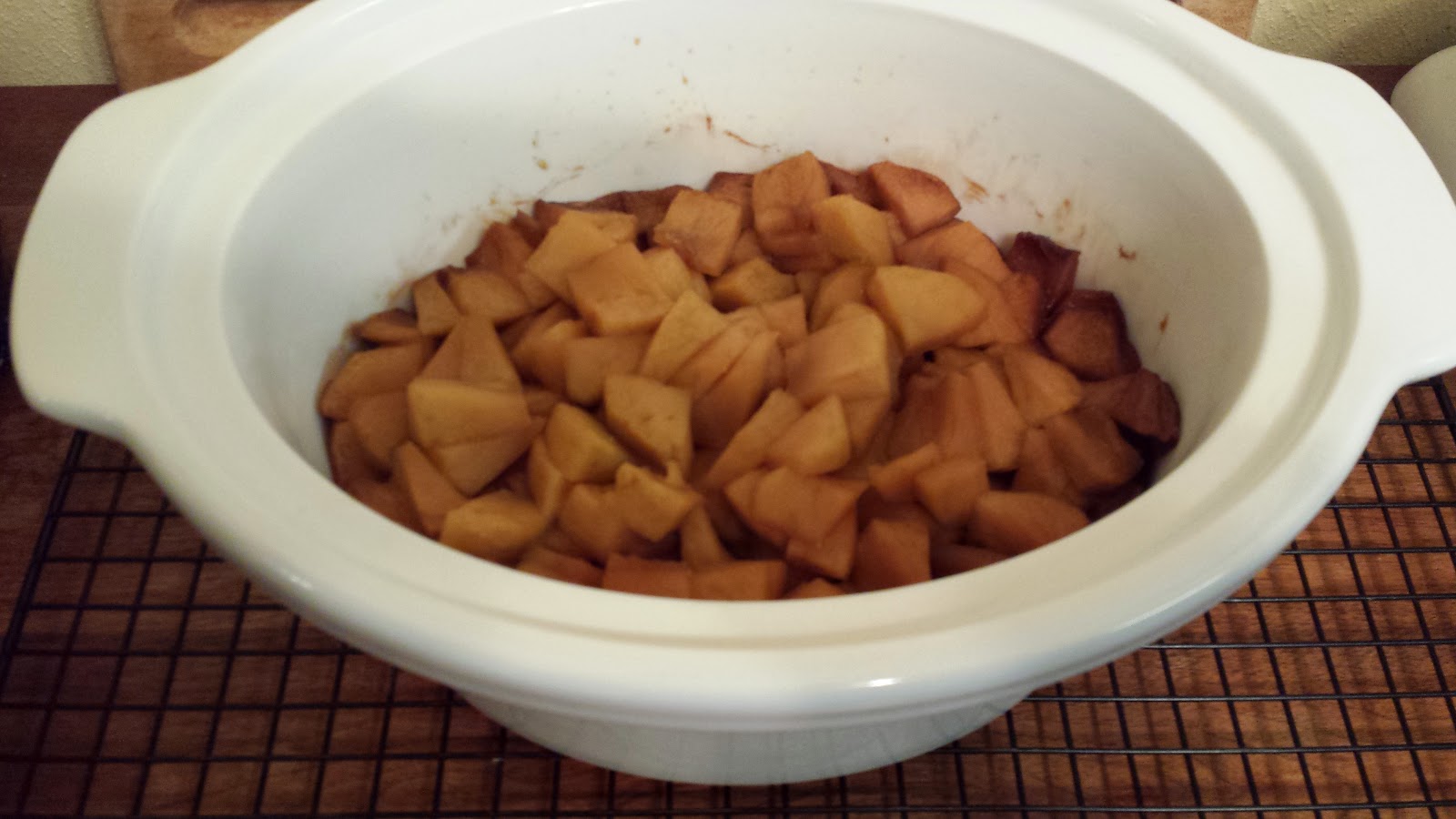 Cook on low over night til done. (5 hrs on high during the day will cook the apples) 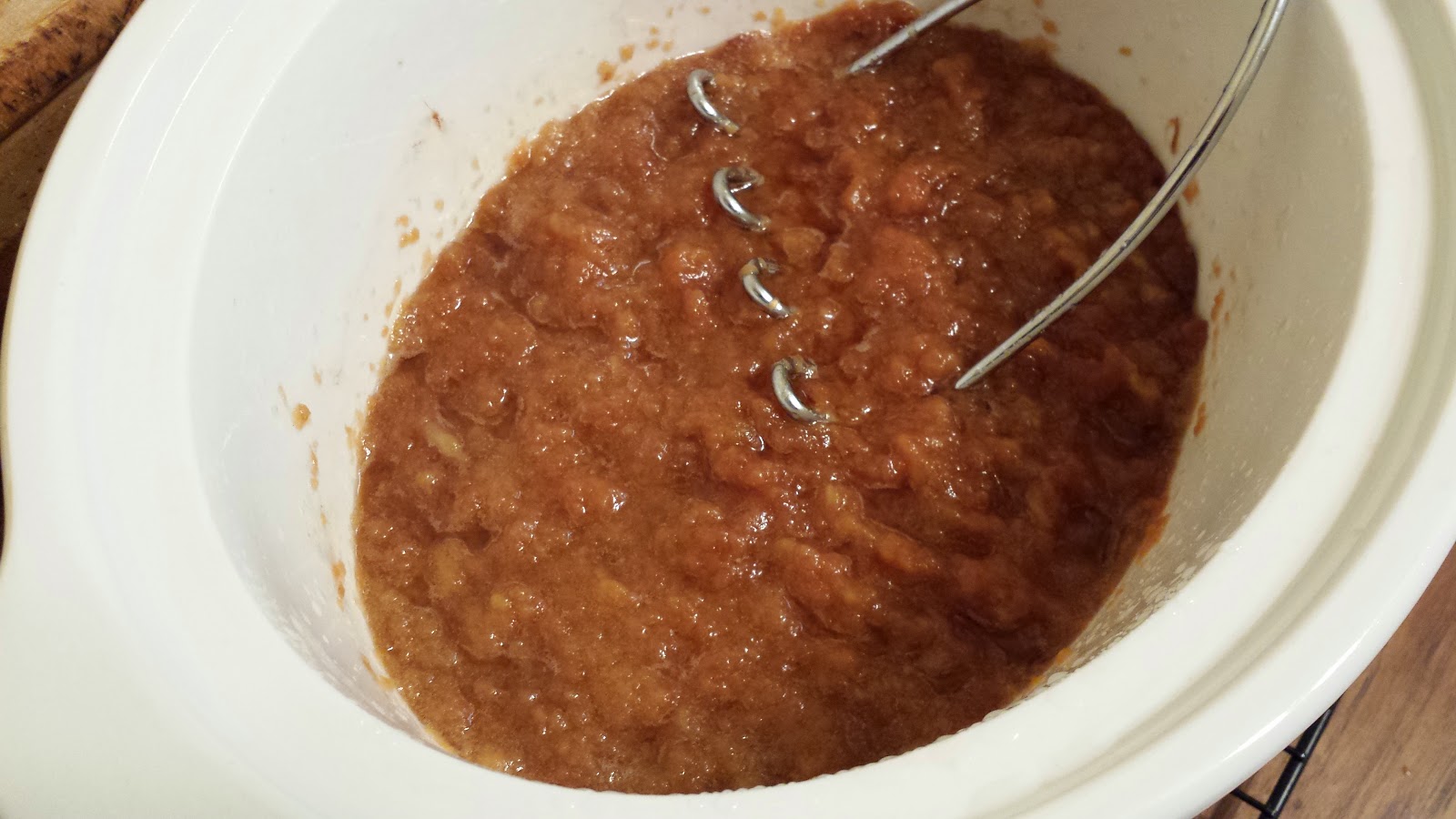 Mash the apples in the blender or use a potato masher. (I did the latter.) 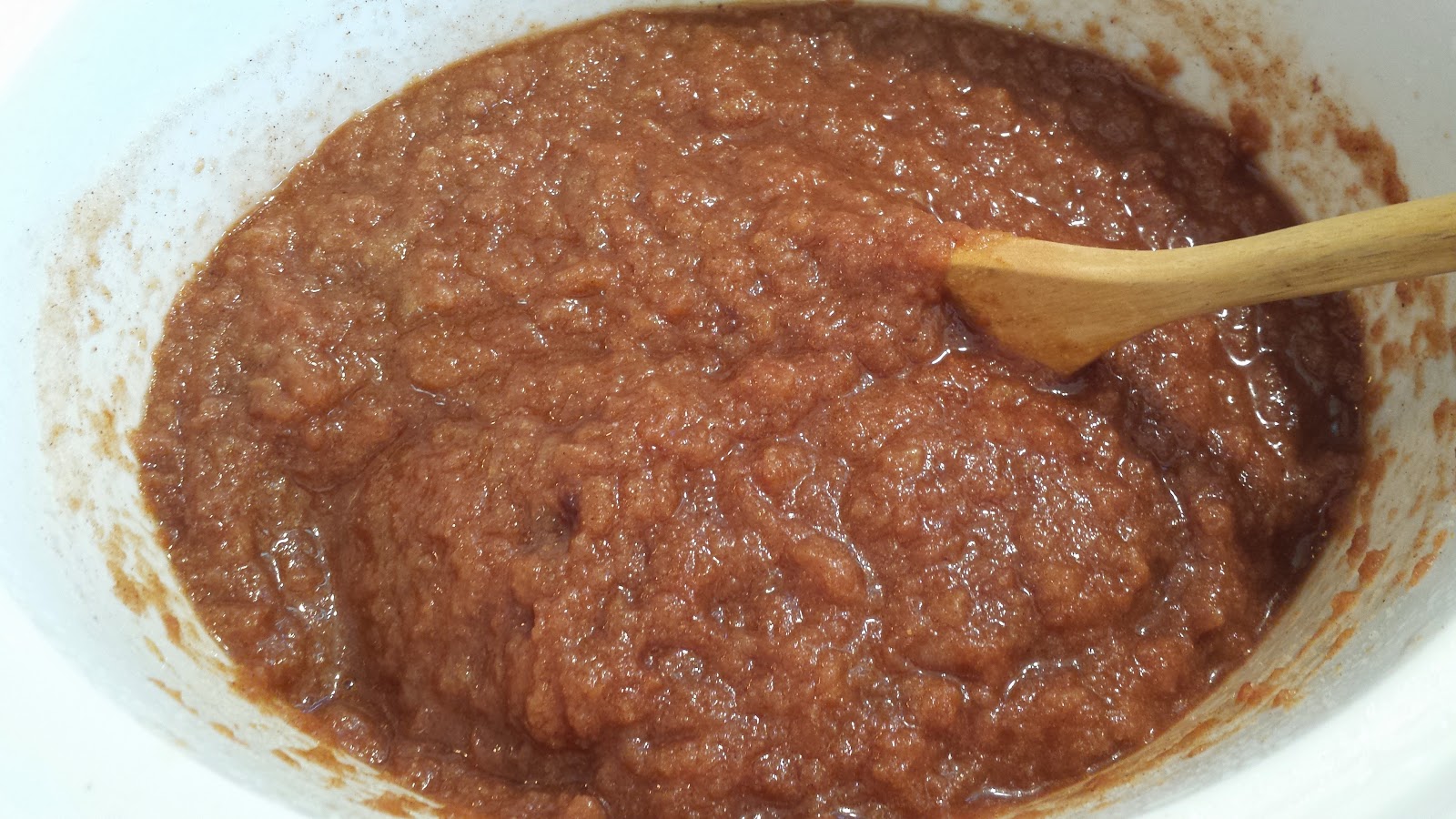 Combine the sugar and the seasonings and add to the mashed apples.

Cook on low all day or until thick.  (I actually cooked mine all night and all day - 27 hours. I started the process mid-morning of cooking the apples and then added the sugar and spices in the evening and cooked them until the next night.)

Chill a small plate in the freezer.  Place 1 tablespoon of mixture on the plate.

If no rim of liquid forms around the edge of the butter, it is ready. 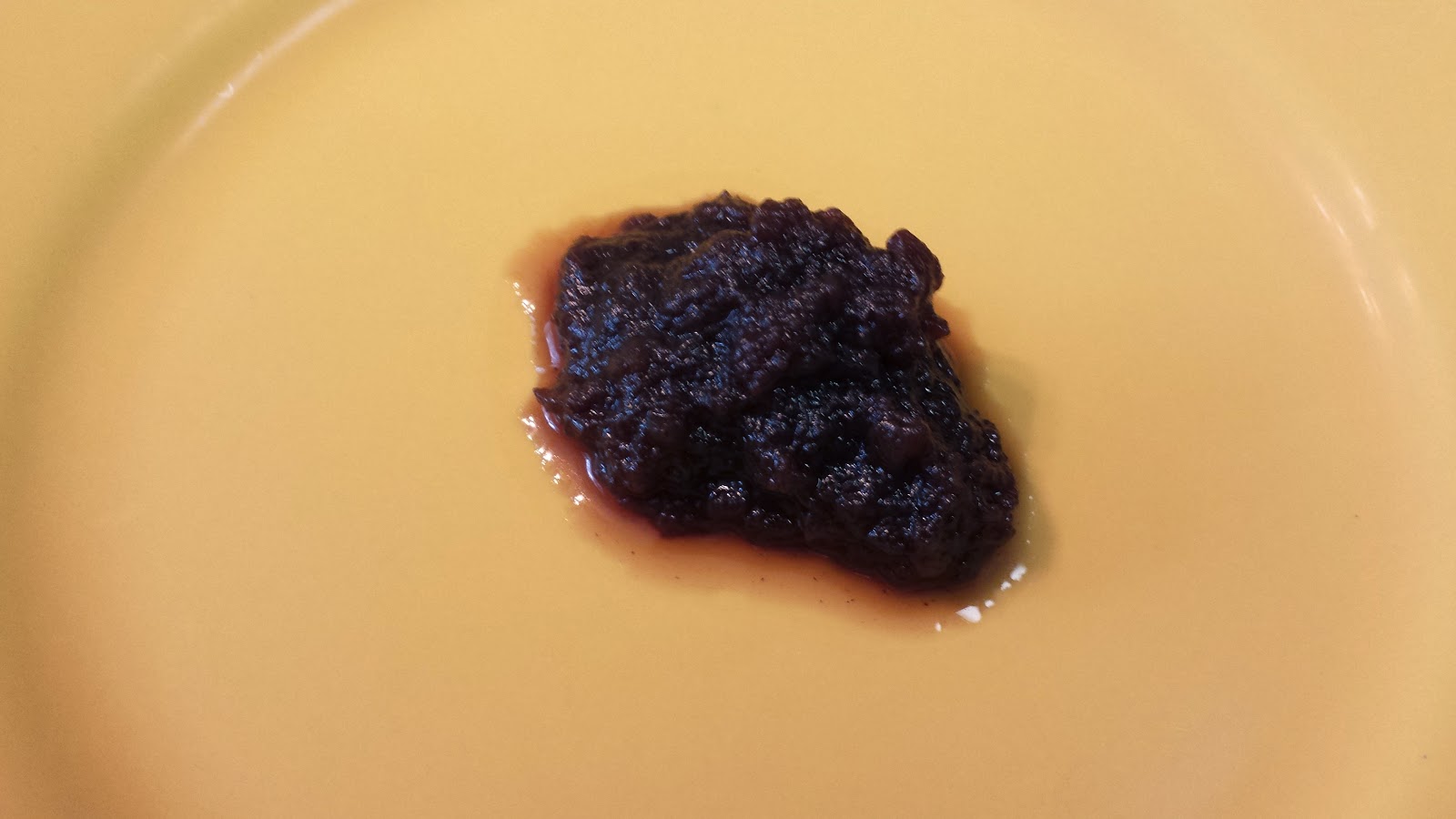 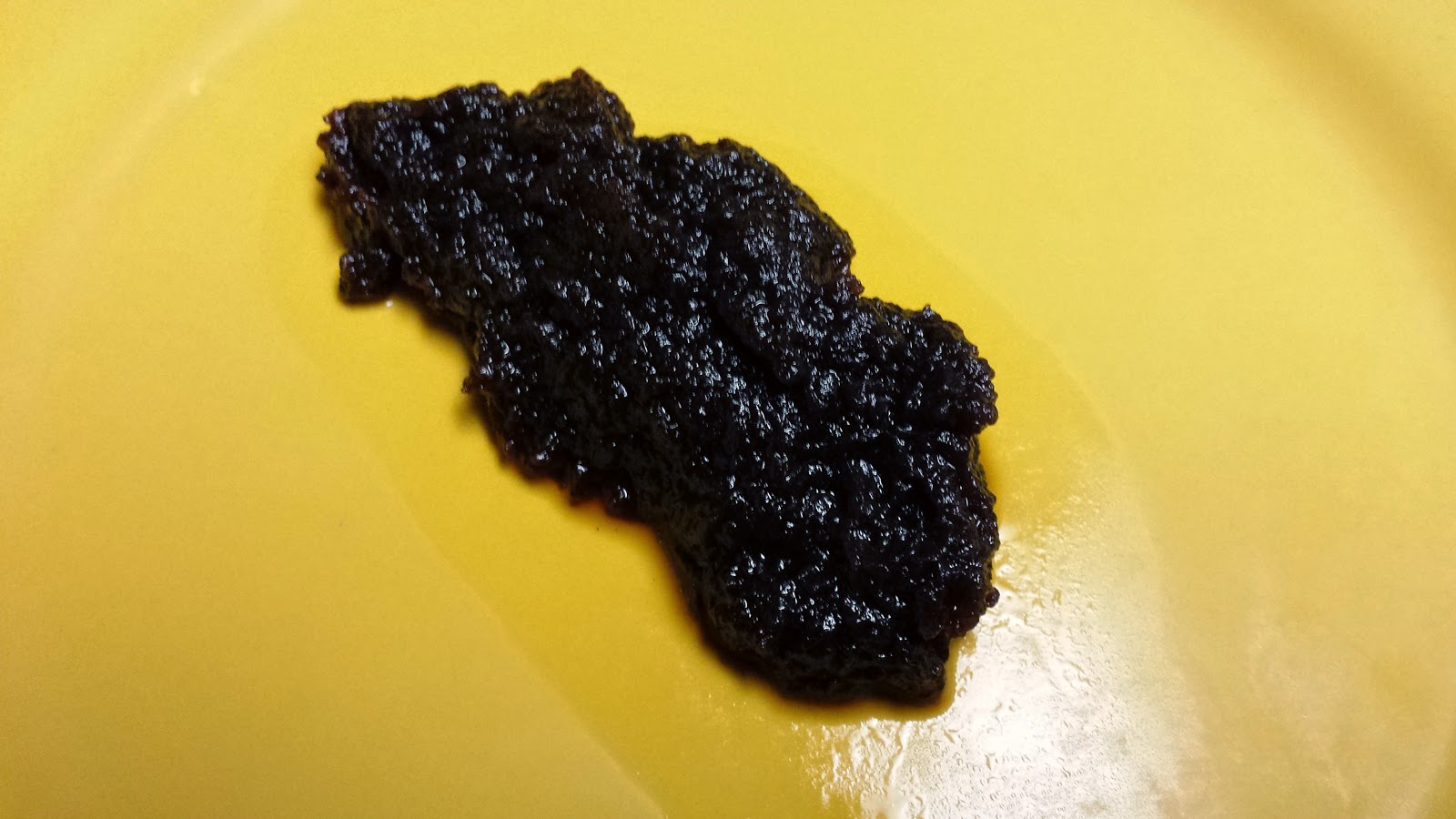 Using hot sterile jars...(I wash my jars in the dishwasher and "time it" so that the cycle finishes when I am ready to use the jars.  The apple butter is actually very easy because you can leave it in the crock pot if the cycle isn't finished when the butter is ready. Cooking it for a few extra minutes isn't going to make a difference.) 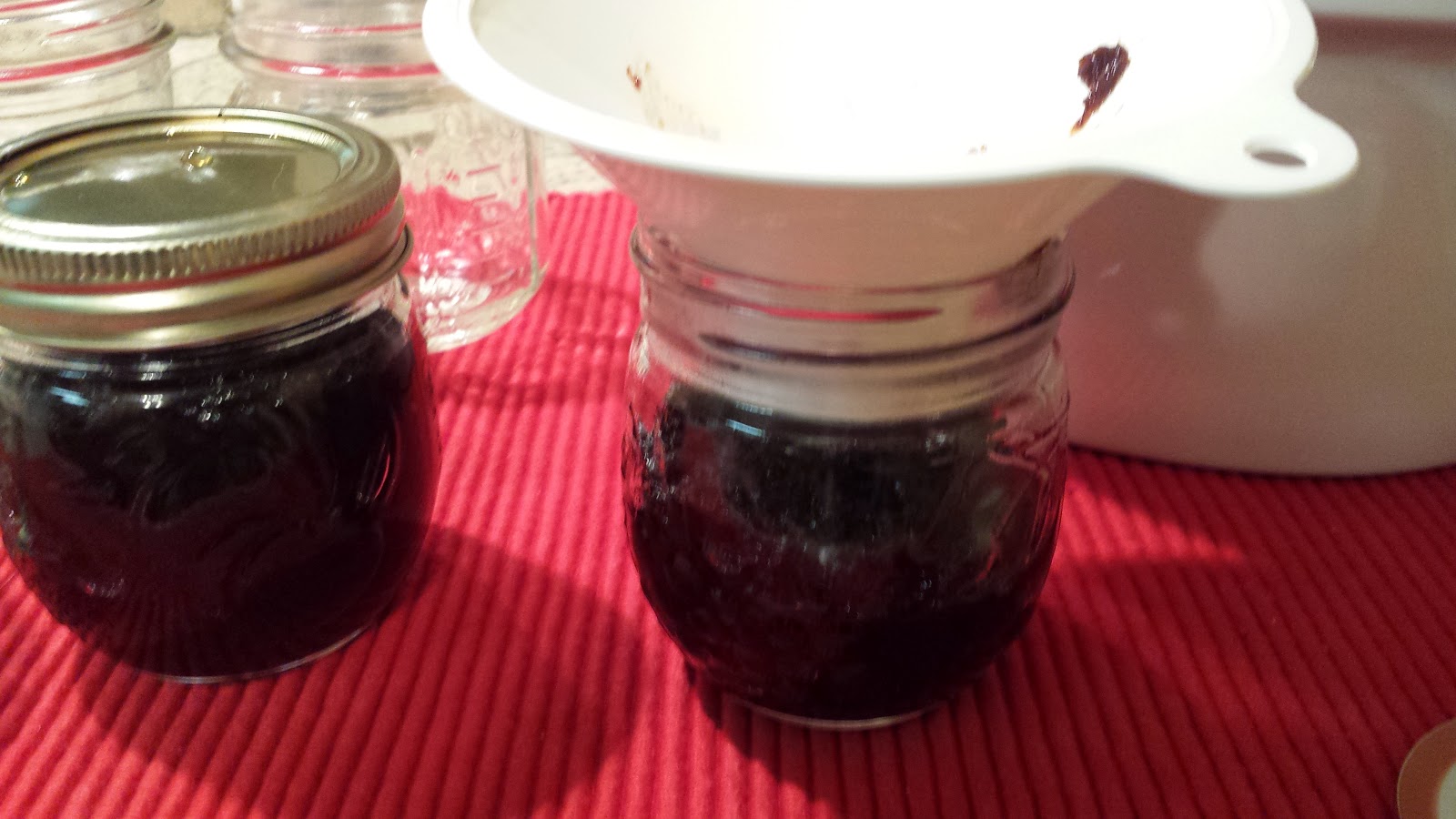 Make sure the top of the jar is clean.  Place hot lid on top and screw on ring. 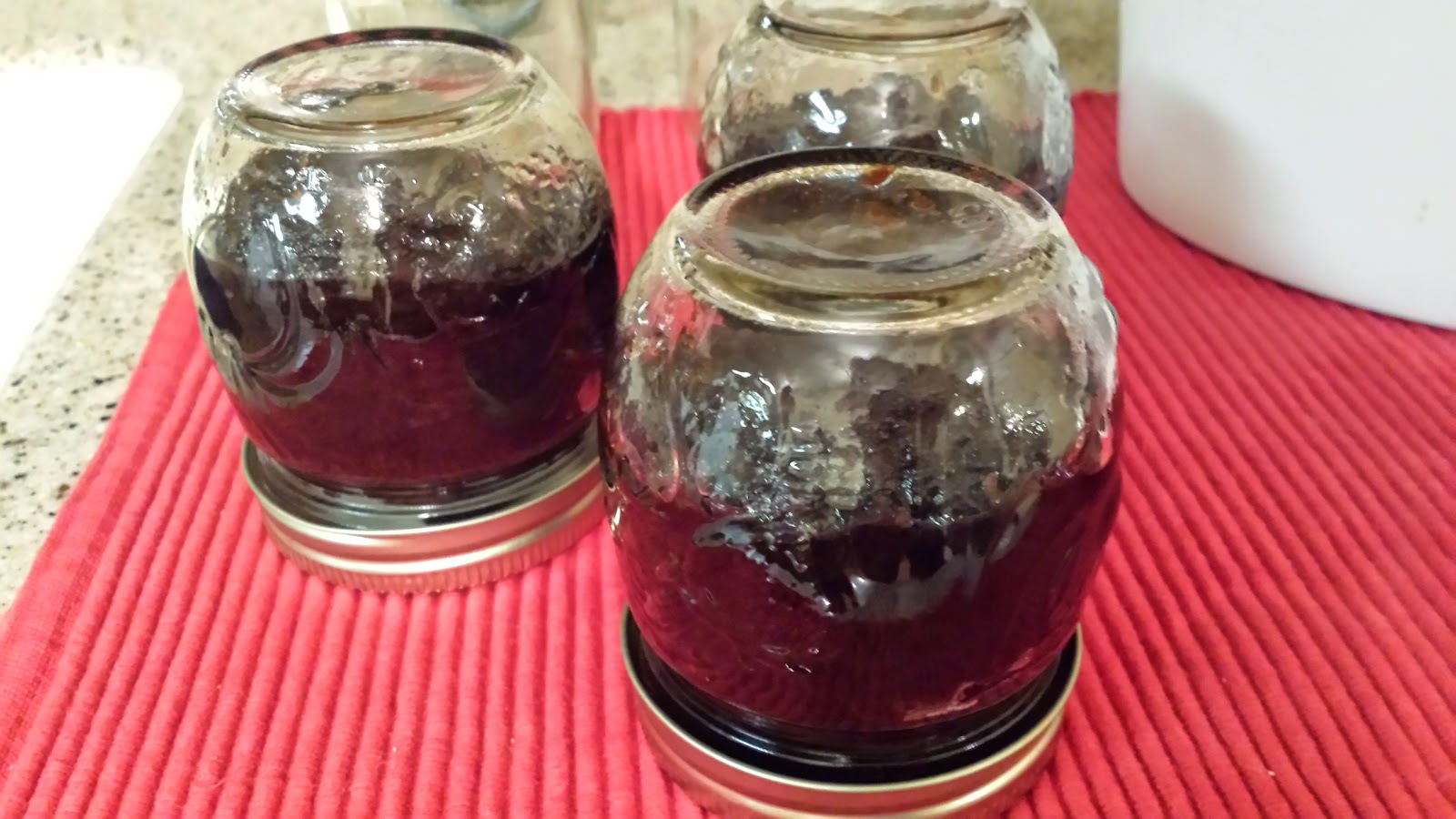 Turn the jar upside down for 5 minutes. 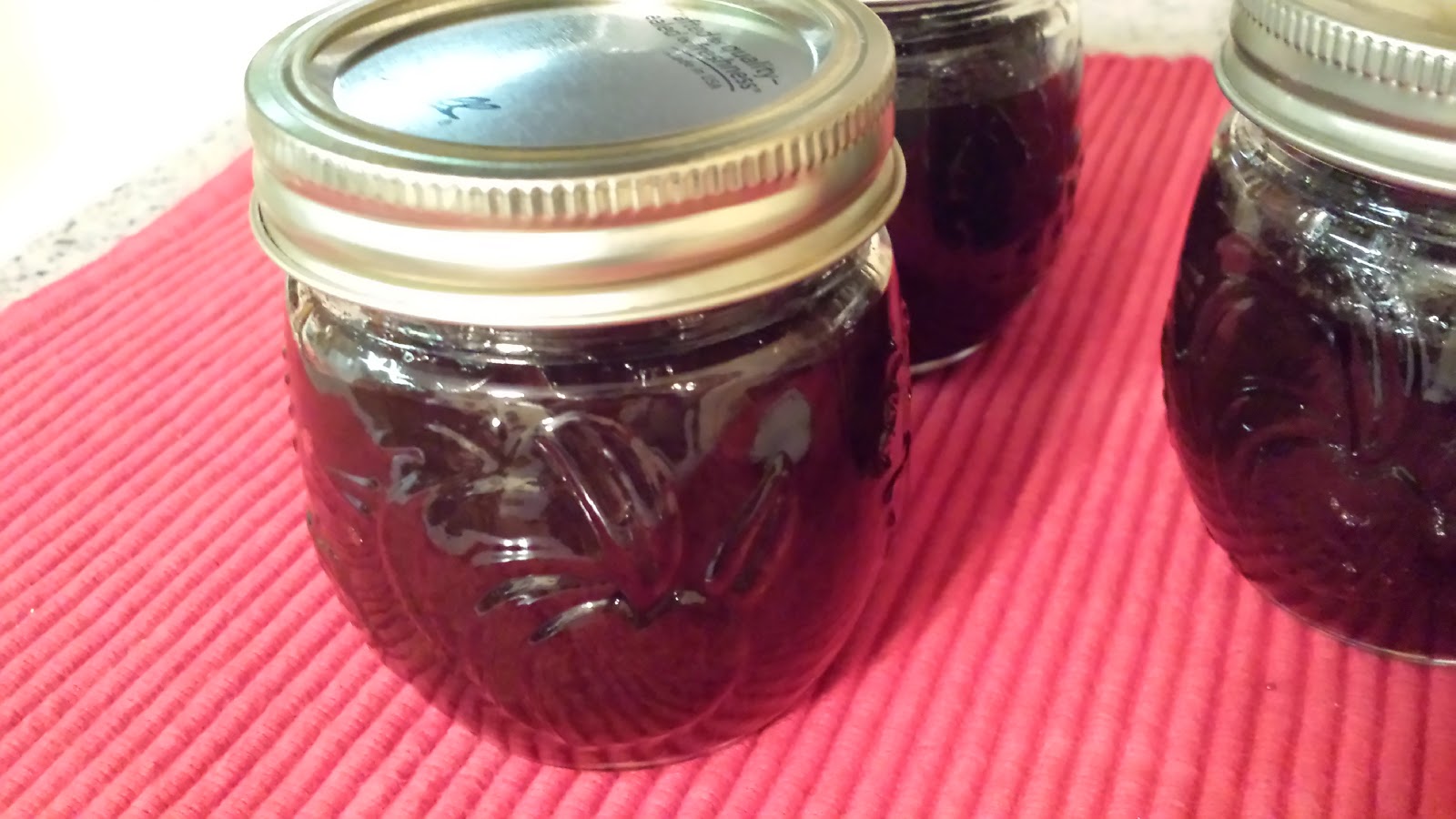 Turn jar right side (end) up and wait to hear the pop to indicate the jar lid has sealed. (Sometimes I don't hear the pop. Press on the lid and it if it stays stay down it is sealed. It doesn't always happen immediately but will within an hour or two.)


It is important that the jar is full.  My experience is that it probably won't seal, if it isn't. When I don't have enough to make a full jar, I just place the leftover in a jar and store in the refrigerator to eat first.

The recipe made 3 half pints.