Heavenly Hash is one of those versatile dishes you could serve as a salad or light dessert. It has been a LONG time since I last made it. The recipe was written on a card for my first recipe "box" that was really a wooden stand that sat on the counter and held the recipe like a music stand so you could easily see it when preparing the recipe.

I needed something to serve for my Mexican Train friends and decided to revisit it. I didn't want anything too "heavy" and so this just "fit the bill". I also served cookies and will be sharing that recipe later. 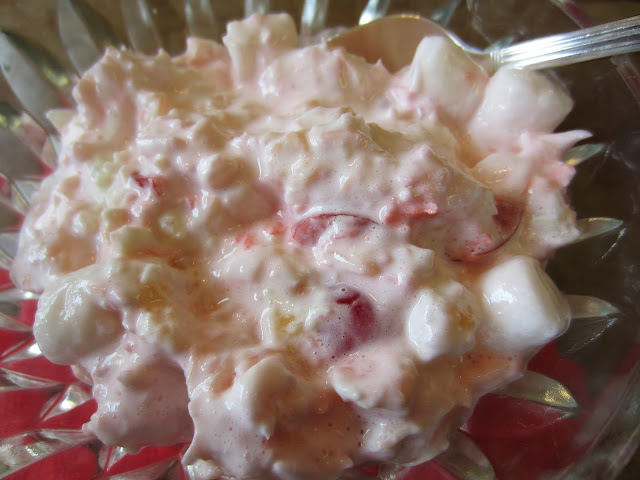 Thoroughly mix all the ingredients.  Cover with plastic wrap and chill at least 1 hour. 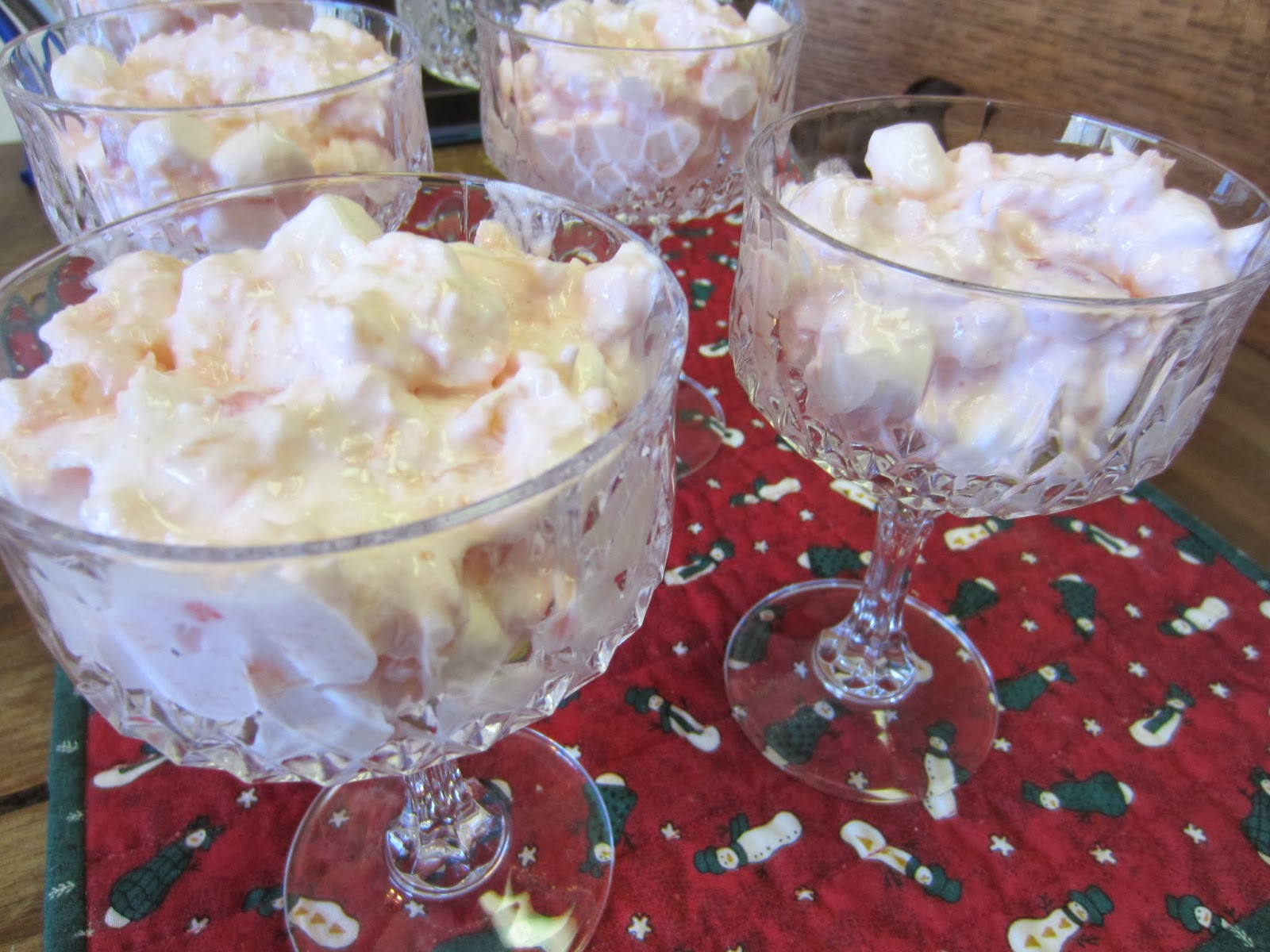