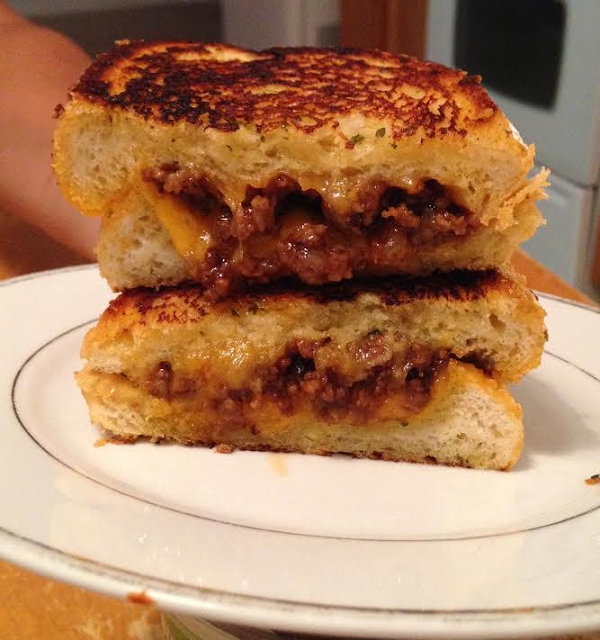 As a member of 37 Cooks, we get sponsors sending us some of their products to try. When I heard that Jay Ducote was gonna send us two varieties of his own BBQ sauce to try, I thought to myself that with the hundreds of BBQ sauces already on the grocery store shelf, this guy must have a set of brass cojones to even attempt another BBQ sauce. When I got the sauces in the mail, and opened them, I was very pleasantly surprised. These sauces were delicious, and different! I could practically drink them straight from the bottle!! 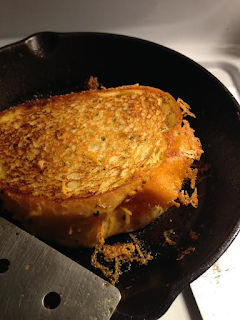 Whenever I make Sloppy Joes at home, I never use the canned sloppy joe sauce, subbing out BBQ sauce instead. Here goes...brown the ground beef, along with the onion, in a skillet. Drain grease, if needed. Add the BBQ sauce and cook until its really, really thick. Try not to eat it all, save some for the sandwiches! To assemble the sandwiches, preheat a skillet on medium heat, butter one side of all the bread slices. Lay the bread in the pan, buttered side down, add some cheese, spread some of the meat mixture on top of the cheese and add more cheese on top. Lay another slice of the bread on top of the cheese, butter side up. Cook until the bottom of the bread is golden brown, then carefully flip it over and cook the other side. Plate, and enjoy! Keep some of Jay D's Louisiana Molasses Mustard on the side for dipping!http://feeds.feedburner.com/