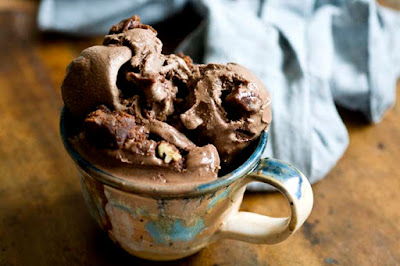 Memory is a strange thing. For years I’ve been obsessed with a chocolate brownie ice cream that I ate when growing up in Houston. It was made by Blue Bell and I used to pull the half gallon out of the freezer, scoop out a big bowl, and then sit on a stool at the kitchen counter eating it in the afternoon on summer days. But I hadn’t seen it for years and wasn’t quite sure that it was real or not.

When I was nine and moved to Houston from Dallas, I had Blue Bell ice cream for the first time. It was the late 1970s and Blue Bell was strictly a Houston-area brand, so I’d never heard of it until my parents came home from the grocery store with the signature gold-rimmed half-gallon tub and explained that Blue Bell was the preferred ice cream in Houston. For some reason, I was dubious at first (in Dallas, for store bought we’d eaten Braums and Haagen Dasz) but after my first bowl I was a convert. Blue Bell was sweet, cool, and refreshing—it was very good.

Back then, there weren’t too many flavors available. Homemade vanilla was popular, as was chocolate chip, cookies and cream, and my favorite—that chocolate ice cream with little pieces of brownies swirled throughout the base. While having ice creams packed with other stuff is common now, in the 1970s it was a novelty. And so each time your spoon dug up one of the small pieces of brownie in the chocolate base, it was like finding a secret treasure. 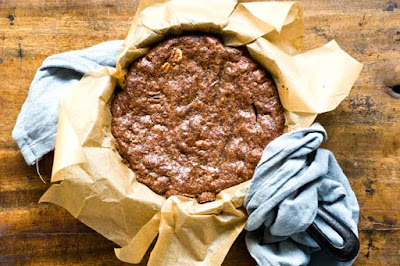 Here’s the thing, however. I haven’t been able to find any record of this exact flavor anywhere and when I asked several friends if they recalled it they said that they did not. For some reason, I failed to ask my mom, but finally I did and received the answer I’d been seeking. “It was chocolate on chocolate,” she said, being a huge chocolate fan and all. “Of course, we ate it!”
Read more »