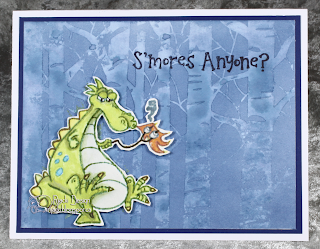 Yummy gooey marshmallow with chocolate on a graham cracker, who doesn't like s'mores? And when it's a dragon doing the marshmallow melting, can it get much cooler? A fun stamp set by Your Next Stamp combined with a stencil and Distress Oxide inks.

During my day job lunch this week I decided to do some Youtube watchin' of Oxide techniques 'cause I couldn't be in my workshop and really wanted to be. I can't recall which video it was that sparked my idea for this background and was wrong on whose I thought it was when I went looking to give credit.
This card is also made from an unsuccessful idea that I tried a couple ways. 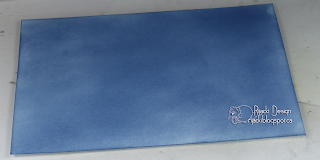 I used a blending tool to cover a panel of 85lb soft finish cardstock completely with Faded Jeans Distress Oxide (DO). I intentionally had slightly mottled coverage with some areas darker than others. Since this wasn't going to be a heavily watered technique, I didn't need a cardstock that could stand up to a lot of water and I love the way the Oxide ink glides on to the Elizabeth Craft Designs soft finish cardstock.
I then lightly spritzed my stencil with a mist of water before laying it on the panel. I laid a paper towel over the stencil and panel to wick away the excess water so it wouldn't puddle and pool in the open areas. This creates a 'ghosted' look with the stencil area lighter than the open areas. You can do this with original Distress, too.

On my first attempt, after heat drying the blue, I stamped pine branches with Peeled Paint DO before adding the misted stencil It looks cook, but I wasn't sure I liked having the green effect on the tree trunks. 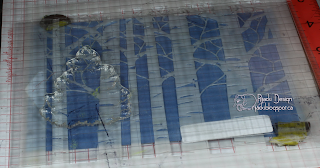 For the next attempt, while the stencil was still in place I carefully heat dried the panel (had to be careful not to heat the stencil's plastic too much) and tried stamping the pine background over the stencil to use it as a mask. 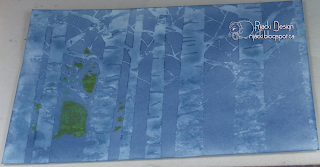 Sadly, I could see the stamping wasn't working. The stencil is too thick as a mask like this, even with multiple stamping. I gave up on this after only stamping one pine and decided to cover it.
Looking at the photos, and visually comparing the trees between the attempts, I think I had less water on my stencil for the second one or the panel was drier on the first when I put the stencil down. The stencil made a much lighter impression on the first. I want to experiment more.. but on to the rest of this card *laugh* 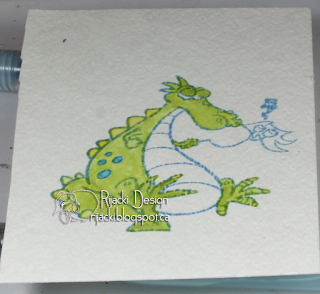 I decided to use the S'mores dragon to cover the failed tree. I wanted to make a S'mores card and that is why I wanted a night time forest, so this worked well. I stamped the dragon with blue Memento dye ink and did most of the colouring/painting (with waterbrush) using the Distress Oxides I have (I now have 8 of the current twelve *impish grin*). I used Peeled Paint for his main colour. 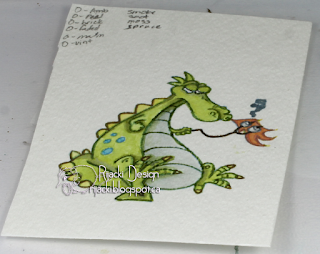 I used mostly Distress Oxide but augmented with original Distress. 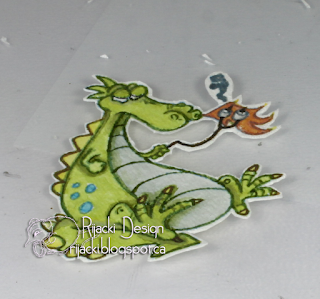 And then I fussy cut him with a narrow margin. I did some additional trimming in spots after taking this picture *laugh* I fuss over the fussy cutting all the time.

I trimmed down the background panel a little and did a dry fit with a dark blue matte I had handy (but didn't use in the end). He would nicely cover that failed tree.

I matted the panel with a dark blue Recollections value cardstock. I've gotten a lot of colours of this paper, buying mixed pads when they're at least 50% off. Having a variety of colours on hand for matting is nice. 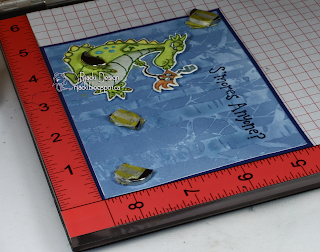 I used the Misti to stamp the sentiment directly on to the background with black archival ink. I dry fit the dragon to help with placement of the sentiment. 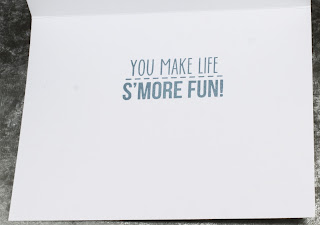 Before adding the panel to the card base, I stamped the inside sentiment. I stamped it with chalk Aegean Blue to have the same feel as the front. 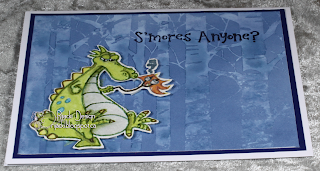 I used foam mounting tape to add the dragon and give him a bit of dimension. The card is pretty simple and not heavily adorned making it suitable for a guy (though a kid or gal might like it, too). S'mores anyone? 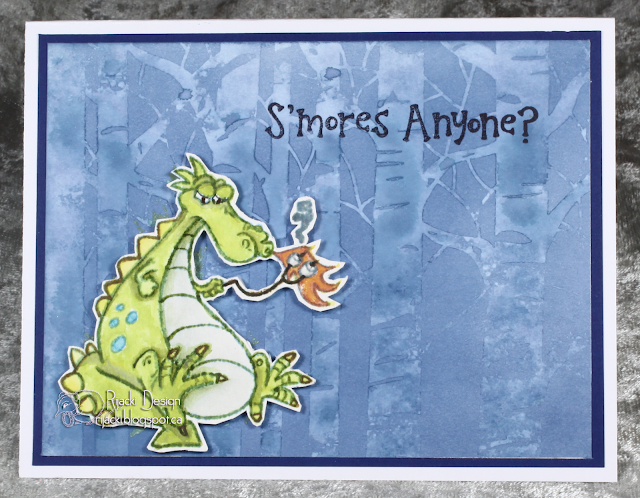 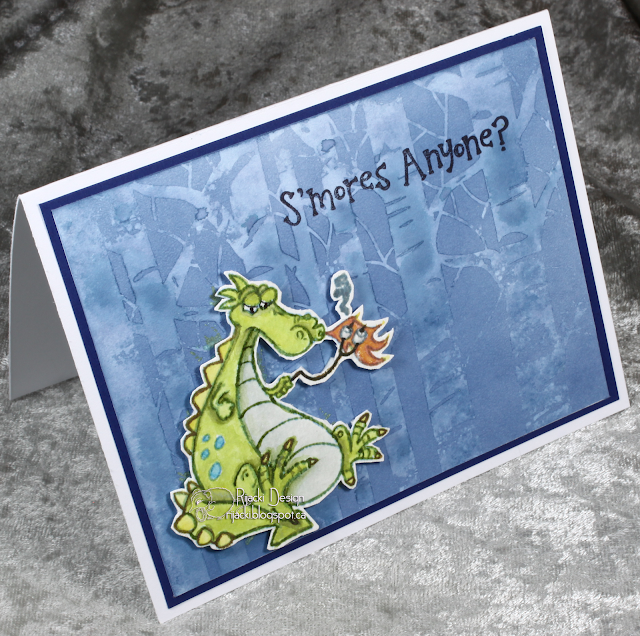