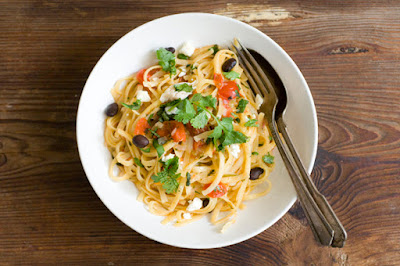 A year or so ago, everyone was talking about a pasta recipe in which you toss tomatoes, garlic, basil, and linguine into a pot, add some water, bring it to a boil and then after 10 minutes or so, you have dinner.

Now, I’m not much of a pasta person (unless it’s macaroni and cheese or chicken spaghetti, a dish I included in my second book), so whenever I heard people discussing this dish, I just ignored the chatter. That’s not for me, I would say to myself, since I believed I wasn’t a pasta person and all.

Recently, however, something changed my mind. Early September is strange and even though we are trained to think that it’s fall, technically it’s still summer. There are record heat waves happening across the country and in short, it’s hot. While the media may say it’s time for corduroy jackets and hot mugs of pumpkin-flavored something, this is not reality. Wispy clothing and iced beverages are still the order of the day. 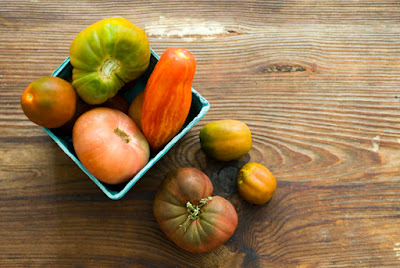 That said, we have to eat. Likewise, tomatoes are still going strong at the farmers market, though by this point in the year I’m tired of making salads and salsa with my bounty. When I was looking at my haul a few days ago and trying to figure out what to do with them, I remembered that pasta recipe and decided perhaps it was time to give it a try.
Read more »