A while back, Kate at Serendipity introduced me to verrines. And when I looked into it, I discovered Tartelette had posted several others (scroll down on her page to see the rest)...so unusual that I've been intrigued ever since. Needing to know more, I went online, then to the library (no luck), then to Barnes and Noble (still no luck) and finally ended up back online with Amazon. And there I discovered a little gem of a book simply entitled Verrines. However, there was a bit of a problem...it was in French. Damn. Oh well, I had to have it so I treated myself, cringing as I paid the USED price of $35!!! The only thing that makes me feel the least bit smug about this wild splurge is as of today, the cheapest one Amazon has is $88! My treasure arrived last week. I love it, love it, love it and plan to solve the language problem by using Google translate and my darling French-speaking daughter.


Verrines can be just about anything: appetizer, salad or dessert. For my  trial run I chose an appetizer verrine. Now I don't have the adorable glasses that Kate and the book have, but used a small glass coffee cup. It seemed the perfect size for an appetizer as savory as this. I loved the way it turned out and served it the same night. Everyone was so enthusiastic! Here are a few other brilliant ideas from the book. The first two are both appetizers, the first one has a ratatouille base and the second is ham and cucumber. The second two are desserts, something fabulous in chocolate and the other is made with bananas and perhaps a panna cotta.

I'm going to make some these recipes for future posts, but after looking through the book it occurred to me that many of these verrines actually looked like deconstructed salads, appetizers and desserts. Why couldn't I give that idea a try? So I made a dessert I have been meaning to post: Eton Mess. And decontructed it in the brandy glass so when it's served, everyone can stir it all together and make the "mess" they're supposed to make!

Eton Mess originated at one of England's most famous public schools, Eton. As I understand, it is served during their prize-giving ceremonies. I think this translates perfectly into a dessert verrine.

Enjoy my two successful experiments, take another look at your glassware, think about what recipes would be fun showcased in each and go for it! Let me know any super inventions you come up with! 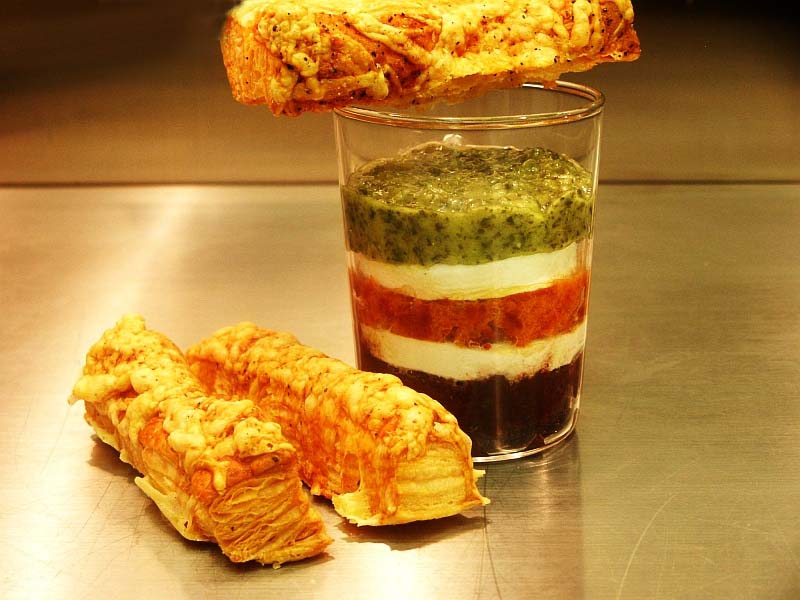 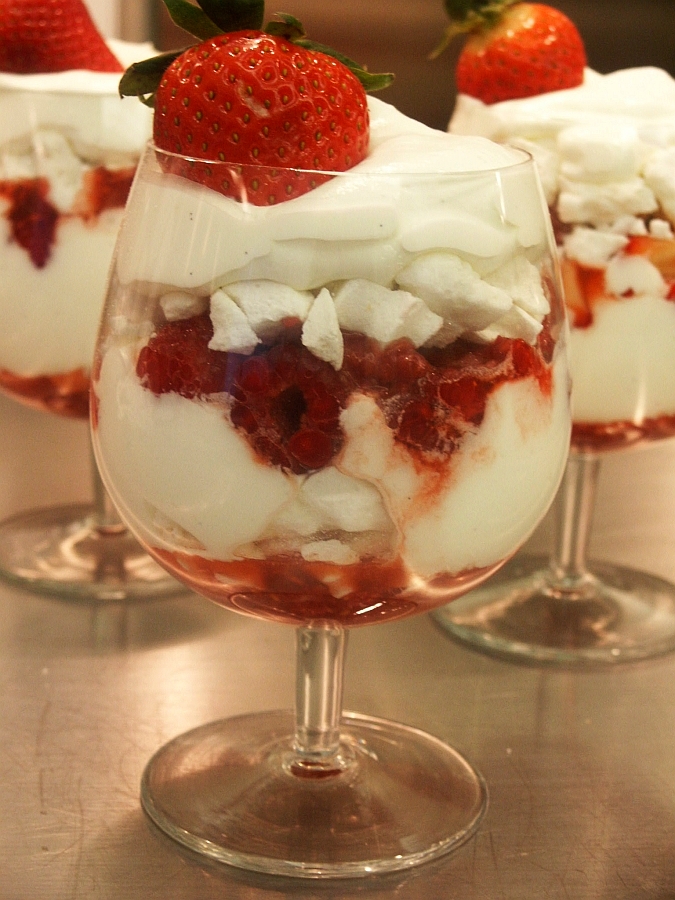 Have your meringues prepared in advance. Whip the cream with the vanilla seeds. Soft peaks are good enough, you don’t need it to get too stiff. Take half the fruit, mash it in a bowl with sugar, balsamic vinegar and rosewater. The other half I sliced and added a touch of sugar. Smash the meringues into smallish chunks. Bring out your glasses and layer as follows: some of the crushed fruit, some crushed meringue, some whipped cream and then some of the sliced berries. Continue until your verrine is filled and top with a nice strawberry.